I a Unix Systems Architect. Specializing in highly available and scalable hosting technologies with a keen interest in cloud infrastructure and architecture.

My first exposure to Unix was in the mid 90’s when I would use my ISP’s shell access to use PINE and Newsgroups. Later working in the industry, they encouraged me to learn Unix and Linux as it was “the future”. My very first experiences was with 4.4BSD like Unix operating system for classic MacOS called MachTen from Tenon Intersystems. I really became a enthusiast in 1999 when I discovered I could resurrect old Intel machines with a OS called Red Hat 6. Later that year I was exposed to Yellow Dog Linux which I picked up at a MacWorld Convention. 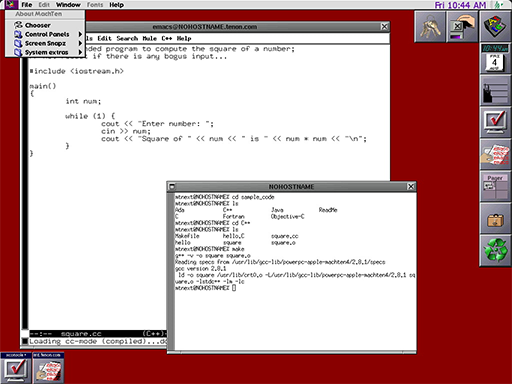 When I went to college I needed a server for my web design classes. Ultimately that lead my to FreeBSD 4, Cobalt RaQ’s and all the other interesting Unix and Linux derivatives since. After college I professional got into the industry when I started a web hosting company using FreeBSD 4.11 servers in the basement of my Mother’s house with a fiber optic DS1 (T-1).

Fast forward and I have been fortunate in my career to work with some of the best people in the industry and really get the to soak up the extensive knowledge from these processional. What you find here is just some rambling notes and information that I have found hard to find or was not well documented. It was written for my own purposes but with the hopes that by sharing and collaborating we can better educate.